Uplifting Unity and Spirituality
for Ourselves and a Kindly World

Blog / About / Unity / Soul / Truth / Happiness / GodRebels / Action / Newsletter /
World Transformation Slideshare /  Facebook Fan Page
For humanity to prosper, its unity is essential and must be put before all else as much as possible.
Unity First & Foremost
In our modern, fast- moving world, unity itself is often placed below other, so- called urgent matters. In itself, many think it not a worthy goal. Yet many on the earth today now see unity as a great and mighty  power, unseen and wholly underestimated. The rampant conviction that unity is distant, perhaps even unattainable, is an idea that could have the power to obliterate the entire human race.  Unity is the Key to all other goals ​ and must be set as foremost. 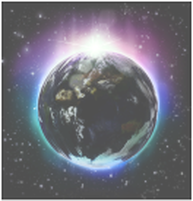 The idea that unity can be addressed only after more pressing matters are addressed is nothing less than myth, or even a complete misnomer. The idea that a host of political conflicts, injustices and material needs must or even can somehow be resolved before unity can happen may well be misleading all our energies.  For example, rather than trying to put our lives together so we I can be happy or serene, why not choose to focus on the goals of happiness and peace instead as a first and foremost goal? When we thus develop our latent inner powers to attain the quiet, open mind, all the rest that we have sought will come to us from much more ease and wisdom!  In the same way...
Why not put unity first, and let what may be less important details resolve within its light? In the Baha’i Faith teachings among others, unity must come first before all else can heal.
Let there be no mistake in this, my friend, that the idea and the precedent that puts unity and the spiritualization of humanity over and above the political and other methods aiming at the healing of our kind is not of my creation nor of any single limited or finite mind. It is born in and vibrantly resounds from high and spiritual sources.

These who have aligned together are the millions who take unity as a foremost goal, seeing it as both the means and the vital, needed end of social change for the healing of humanity. These ideals evolve and live within and from the teachings of the Baha'i's, a prominent if not pre-eminent example of a people who pursue unity foremost, as their watchword over all. Their teachings deeply question the entrenched assumptions that deny our human propensity to seek connection and cooperation and see the creation of an overarching unity as impossible.  Perhaps Indeed, it may well be beyond the human reach, but with the help of Something Greater, who can know what is achievable??
​             * Unity is the pivot round which all the teachings of Bahá’u’lláh and Baha'i revolve.
The Baha’ı´ approach to social change focuses on creating unity first and foremost and is completely non-adversarial. It is an approach that holds an answer for many who may wish to work, play and pray towards humanity's progressive maturation and transformation in and through the building of community, unity and the pursuit of kindly motives, spirituality and virtue and methods that are wholly non-oppositional. 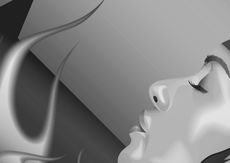 "Spiritual Rebels", heavy thinkers and the agnostic may bond with others from the many paths of faith and no- faith too, when the human race knows deeply of its oneness in spite of such seeming differences. Healing the misnomers around spirituality and divisive ways of faith opens our hearts to the true unity of all the faiths and every walk of life as well.  Humanity will flourish as united, soulful, caring consultation becomes enabled to help us to solve the worldwide challenges.
______________________________________________________________________
We are One-- Happy Song
Let us create a Happy World!!
* Spirit (Soul) is that mighty Heart of Universal Love and Godliness as known by many different names.
If you like what's here, Stay Connected!
with our Happy World Reminders sent occasionally--
Join below or send a blank email / Your Privacy respected.
Visit our Facebook Page