Blog / About / Unity / Soul / Truth / Happiness / GodRebels / Action / Connect /
​    World Transformation Slideshare / Facebook Page
God Rebel Note/ Warning
This page may not be very "rebellious", though it may be original thinking. Its more about why the sex thing and religion's guidelines have turned people off to religion. We all know the rebel side, and its okay to be there for as long as we may need. But if you want to hear another way of looking at things, read on.
Also see:  Spirit's Law / Sin, Sex, Love / Sex, Part 2/ Our Time/ Sex & Truth /Opinion 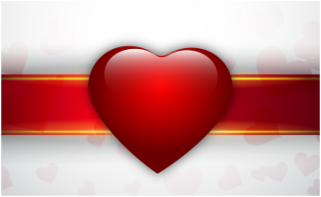 Sex and Spiritual Connection
Sex-- Its human, and it maybe a major reason people turnoff to all religion. We all want to do what we want to do, and nobody likes being told what they should or should not be doing, especially if it means limiting our natural desires and impulses.  And so we get angry at religion and reject it, along with other reasons. That too is only human. Its worse when shame is part of it, which the Prophets surely never meant it for us. Spiritual "law" was not meant to cause repression and its plain to see it doesn't work as shown by all the priests molesting little kids. Its enough to make most anyone get even madder.
In all of this, our spiritual connection is messed with. What example is held up the church when its leaders get away with murder, and who wants to be part of anything that pumps them full of shame and blame?
The backstory in religion's guidelines is that sex involves a certain spiritual connection that must be valued and greatly honored, ant that behind the rules set out.  But it comes across as mere coercion, which in reading Spirit's teachings carefully, it is seen that its not what's meant to be at all.

​ Living with Religion and Sex, too

Doing it Your Way
Most faith writings come direct from the Prophets, and most of them have guidelines on marriage and sexual involvement outside of that. For those who want no part of that, most faiths will leave that up to them as between them and their own Higher Power. If n fact, most people do things their own way and are not confronted in these changing times, in or out of any faith or spirit- way.
Myself, I took an interest to look at what might be the rationale behind the teachings of the Prophets, and found something rather different than I would once have thought.
Looking Deeper
Anger that makes me stand up for myself and others can be good. But when it makes me write something off because of my own personal desires, likes, dislikes or opinions that could be suspect. Is my reason for dismissal really logical, or is it out of ego or desire? Its human, and O.K. to come from that, but there may be an even higher truth that's even better. For this, I may need to ask myself if I have looked into the context of what's being said, and more that i may not have yet considered.

To Weigh A Cause
Our attachment to an idea can becomes a block to seeing
a bigger picture when we judge by our likes, dislikes and our humanly fallible opinions and contemporary standards
The Wise Ones have suggested that we judge by
a Higher or Godly standard, meaning letting go of opinion through detaching, as in affirming, praying or asking with deep sincerety
to be freed of self and the ego that says we know. To surrender these, to submit our thoughts, even our very being to the tests of truth is paramount to know the truth. Seeing with the eye of the Infinite, of God-Spirit, rather than through our own finite, limitations of mind selves is the standard of God, Spirit & the Higher Power. We are challenged, tested by our earthly desires, and the ego wanting to be right and have it our way. Those that overcome self to receive truth Untainted (something we may never really be quite sure of, and that we may just need to live with) are enabled to make great strides in life and in the life of Spirit.
For those who still feel shorted, holding a cup that seems empty or half empty-- maybe if the glass is turned it could, for some, show another view with kindly paths to healing, love and freedom.
More:
Our "Opinions" page looks at whether what we want to do or believe always has to square perfectly with what a (possible) Higher power might suggest for us.  More at SpiritTop.com.
*Religion's proponents say that the Prophets' sanctions on sex may be designed not to harm but to protect our world from major changes & alterations of a sensitive, vital balance in society based on long- held social arrangements that are founded on the family and kept in place throughout the ages.
​
Also see:  Spirit's Law / Sin, Sex, Love / Sex, Part 2/ Our Time/ Sex & Truth /Opinion
Sex & Law: Guidelines from the Prophets--  Possible Scenarios
_______________________________________________________________________________________________________________