Blog / About / Unity / Soul / Truth / Happiness / GodRebels / Action / Connect /
​    World Transformation Slideshare / Facebook Page
Opinions-- We all know what opinions are like--
and, as you know, everybody’s got one!
"Higher Powered" Investigation
If I think that any Power Greater than myself is going to agree with every last opinion that I have, my search will end the minute that I come upon my first disagreement. That will cut my investigation short, but will it help me find answers that are true and healthy?
Not everything is worth a deeper look into its bigger picture, and looking at religion, that picture is not pretty. Still, I know I can miss out big time if I don't look behind the scenes at something that' has shown great power, lasting beyond the ages. As to what I base my life on in the spiritual arena, that I don't take shallowly. I haven't based it on simply what I like or don't like, That to me is not of substance. Rather, it seems self - centered in a way that can turn back to bite me. The thoughts below are some ways that I have used to help me open to what may be a wider view of sex as to what the Prophets may have seen or known that is not understood today. 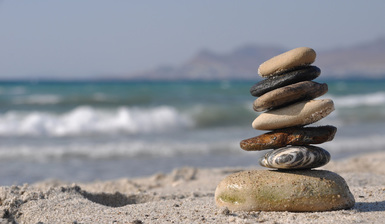 ​ Investigating Faith -- Minus Personal Opinion
Would you investigate a faith, a belief or a religion only if it falls within the scope of your own opinions? Or might you, instead, try to think outside that box? My heart has called me to look outside the range of my own ideas. Here’s how my thinking goes:
Investigation:
Step One-- I think about what is possible regarding Higher Power:
* Could there be a Higher power, a voice that comes from an amazing place beyond my understanding, a place that could be much Higher than anything I’ve yet imagined, something that may know much more than I now know?
--My answer to this, for me, was yes, there could be such a thing,* and
if there is such a super-knowing  I think I’d rather know about it even if
I may not agree with every single thing it says. If I really want to find a Higher Power that truly knows something I don’t know, I may need to look more closely at some of my own opinions!
Step 2:  If a would- be Higher Power is seen to have good teachings but has some disagreement with something I believe, could it still be a vital force for good, something we could learn from?
* Will I go the way of my own opinion, ignoring or discrediting any Spirit- or source that disagrees with what I think and have an end to it--
-- or--
* Could I perhaps allow myself to open to new possibilities or views?
If an opinion of mine conflicts with a Source that may know much more than I do, does it have to mean that I'm wrong or that the other way is wrong? Could it not be that both ways
have their points and/or something more to offer me than meets the eye?
Could it possibly be okay for me to stick with my opinion even if some "Power” claiming to be greater doesn't agree with it?
– My answer to that is yes, it could be okay, because, in the end everything depends on individual circumstance. Allowing that there's room for more than any one way of thinking leaves me space for further exploration. It helps me to feel that I am safe to look into or explore what may come forth in a strange or new “Higher Powered” package even though I may have reluctance or personal considerations.
* Note:   You may come to a different answer, and I won't argue with you on it.